The State of the European Emissions Market

The targets were set in 2007 and legally bind EU member states to reduce greenhouse gas emissions by at least 20% compared to 1990 levels, increase the share of renewable energy in the energy mix by 20%, and achieve a 20% increase in energy efficiency.

One of the main mechanisms for meeting these targets was the EU Emission Trading Scheme (ETS). Covering 31 countries, 12,000 installations, and over 4808 million tonnes of CO2 equivalent (mtCO2e), the EU ETS is the world’s largest scheme of its kind, and as such it has also become the world’s unofficial emissions trading laboratory.  The EU ETS has been fraught with issues since its inception in 2005, however, and with other trading systems in the world looking to it for guidance, this latest setback seems like a further discredit to using the cap-and-trade emissions trading system as a form of climate action.

At its prime, the price of a European Emission Allowance (EUA) was €30/tonne. Two years ago, Thomson Reuters Point Carbon’s EUA price forecasts for the current trading period (2013-2020) had been around €22/tonne. And yet, with an ever-increasing oversupply issue—Phase I (2005-2007) saw an oversupply of allowances by 200 million metric tonnes, and Phase II (2008-2012) by about 2 billion—the price of allowances have dropped dramatically. As of trading day today, a EUA is priced at €2.91/tonne on EEX’s Primary Market Auction.

With natural gas costing €11.77/MMBtu and a EUA costing less than €5, budget-strapped EU member states have been turning to coal-fired power for their increasing energy needs. Even Germany—the paragon of renewable energy development in the EU—is planning to add the most coal-fired power plants in two decades to make up for the nuclear power plants they plan to close. Because of the switch from natural gas to coal, the UK’s emissions rose by 4.7% this year, France by 3.9%, and Germany by 0.5%. You don’t need the European Environment Agency’s report on EU-27’s GHG trends and projections to infer that the EU will not be able to meet its 20% reduction target by 2020.

The “backloading” proposal aimed to rescue the EU ETS from this situation by withdrawing 900 million emission allowances from the market and drive prices up to at least €10-15/tonne. Now that this proposal has been rejected, the EU may have to rely on their list of other proposed measures, such as increasing the EU’s 2020 emissions reduction target to 30%, retiring allowances in Phase III, expanding the scope of the EU ETS to more sectors, and accessing international credits. The European Commission also plans to propose the delay of auctions in the first few years of the current trading period, which runs from 2013 to 2020.

Of course, it’s worth noting that when asked to comment, the European Commissioner for Climate Action, Connie Hedegaard, emphasized that the European Parliament has not finalized its rejection, and the “backloading” proposal is going back to the Parliament’s Environment Committee for further consideration. 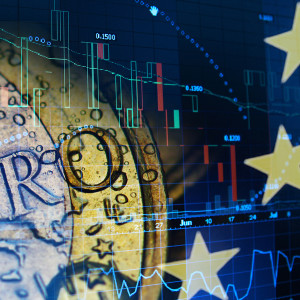 Harnessing the Opportunity of Carbon Cap-and-Trade