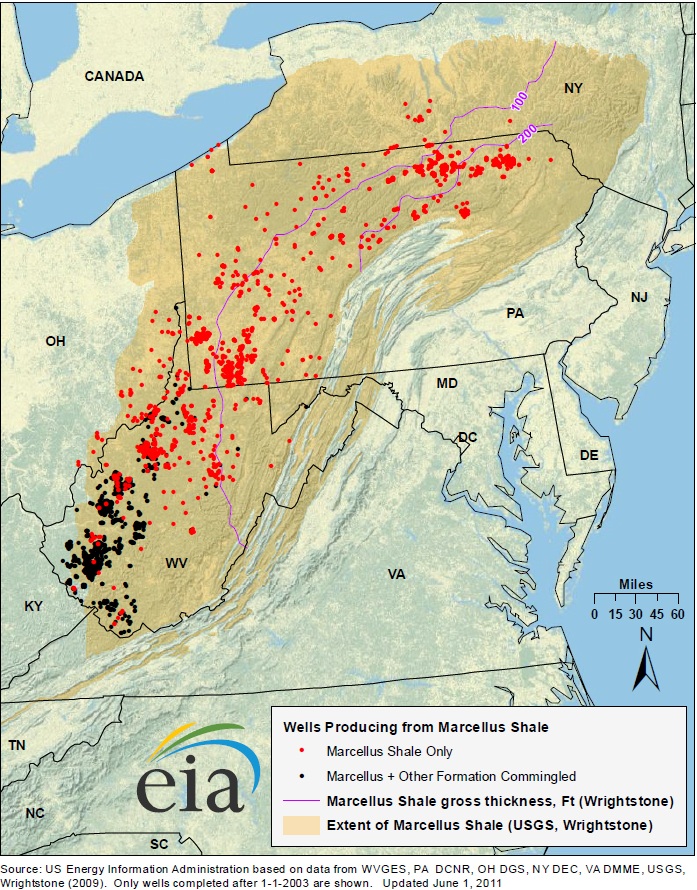 Over the past few years, natural gas has taken the energy sector by storm in the United States. The newly discovered technology allowing for efficient extraction and production of shale gas has rejuvenated the energy sector in the U.S., putting the country in a leading position in the global energy market. According to the U.S. Energy Information Administration (EIA), U.S. natural gas production–which was 23.0 trillion cubic feet in 2011–is projected to surge by 44% to 33.1 trillion cubic feet by 2040. This substantial increase in U.S. domestic production is largely due to a massive rise in shale gas production in particular. The improved extraction technology of shale gas in recent years has enabled the U.S. to produce more natural gas than it consumes and to rely almost wholly upon its own domestic supply.

Shale gas refers to natural gas that is trapped within shale formations–fine-grained sedimentary rocks which can be abundant sources of petroleum and natural gas. In the past, releasing this gas from shale was a problematic process—one that was both costly and technically challenging. However, new advances in horizontal drilling and hydraulic fracturing over the past ten years have made it possible to access large volumes of shale gas. Previously, accessing this gas would have been economically infeasible. Now, U.S. shale gas production comprises about 40% of the country’s total dry production; moreover, shale gas production is projected to rise by a staggering 44% by 2040 (Figure 1).1

From 2008 to 2013, natural gas production in the northeastern United States has increased more than five times, from 2.1 billion cubic feet per day (Bcf/d) to 12.3 Bcf/d.2 This additional supply has supported greater use of natural gas in the Northeast (especially for commercial users like power generation stations) while reducing the net inflows of natural gas from other regions such as the Gulf of Mexico, the Midwest, and eastern Canada.

Although there are six regions that produce the majority of shale gas (plays) in the U.S. (Bakken, Niobrara, Permian, Marcellus, Eagle Ford, and Haynesville), the Marcellus region alone accounted for about 75% of natural gas production growth among all regions. In December 2013, the Marcellus region, located in Pennsylvania and West Virginia, is expected to provide 18% of total U.S. natural gas production.3Although vast shale plays in the Marcellus region have a major role in the rapid development of U.S. natural gas production, the improved efficiency of new wells has also played a significant role in increasing production volumes. Despite the declining number of drilling rigs in the region since 2012, production from wells has continued to grow. Marcellus wells have begun producing higher volumes due to the removal of resource constraints in the takeaway capacity as a result of the discovery of abundant shale plays, along with recent infrastructure upgrades in West Virginia and Pennsylvania (Figure 3).

Since 2012, production growth in the northeast region has driven the future prices of natural gas at the Columbia Gas Transmission Appalachia hub below Louisiana’s Henry Hub prices on the New York Mercantile Exchange (NYMEX). The graph below (created in ZEMA with data from NYMEX) shows the drop in futures prices for the Columbia Gas Transmission Appalachia hub in the Northeast region compared to Henry Hub futures. This drop is most notable since January 2012 (Figure 4).

Shale Gas and the Global Landscape

In 2012, Canadian shale gas production from two major shale plays—Horn River and Montney— averaged 2.0 Bcf/d, whereas the total Canadian production averaged 14.0 Bcf/d. Gross withdrawals from Horn River and Montney averaged above 2.5 Bcf/d in 2013, but higher production levels are currently constrained by limited pipeline infrastructure (Figure 6). Comparing the two major shale plays of Canada and the Marcellus region, the production from the Marcellus shale plays is expected to reach above 6.0 Bcf/d by the end of 2013 (Figure 3), whereas Canadian production is less than half of that level.

Natural gas is not wholly environmentally friendly for several reasons. First of all, a large amount of water is needed for the fracturing of wells in shale gas production, which affects the availability of water in surrounding areas for other uses while negatively affecting native aquatic habitats. Secondly, water, toxic chemicals, and sand used in hydraulic fracturing fluids can contaminate surrounding areas if managed poorly—that is, if spilled or leaked due to human error, or discharged as a result of faulty well construction. Additionally, the water waste that occurs as a byproduct of fracturing requires a lot of care when treated and disposed, as it is extremely toxic. Finally, according to the United States’ Geological Survey, hydraulic fracturing occasionally causes small earthquakes that are not a safety concern. If wastewater from the fracturing process is injected into deep wells in the subsurface of the earth, though, larger earthquakes that are a safety threat may occur.

Although shale gas production has entered a new phase in North America since 2010, the Northeastern United States has the largest growth in natural gas production due to its massive shale reservoirs. The Marcellus plays (in the Northeast between Pennsylvania and West Virginia) are awash with shale reserves that have changed market dynamics. Historically, natural gas prices in the Northeast were high because of the high demand of the region. However, increased production due to the abundant shale plays and infrastructure upgrades in the Marcellus region have pushed down domestic natural gas prices in the U.S. and have reduced imports from other regions. Plus, natural gas is a cleaner fuel to consume when compared to oil and coal, which makes it more desirable for power plant operators in the Northeast region. Typically, cold temperatures and a high population density in this region have exerted upward pressure on electricity prices; however, the boom in Northeastern natural gas resources may lower electricity prices in this region. Nevertheless, the hydro fracturing procedures used in the production of shale gas would not make shale gas less environmentally damaging than any other fossil fuel.

In brief, the Northeast is sitting on a wealth of shale gas reserves that have changed energy trading for the region and the U.S. as a whole. The shale gas boom has even caused oil producers in the Middle East to carefully follow the rise of shale gas production in the U.S., as the country’s appetite for petroleum could be seriously affected by this phenomenon. It is interesting to speculate as to whether the shale gas boom in the U.S. may be the silver bullet for the Land of the Free in its present economic situation!

Please contact us to suggest a topic for analysis or book a complimentary demo of the ZEMA Suite software. 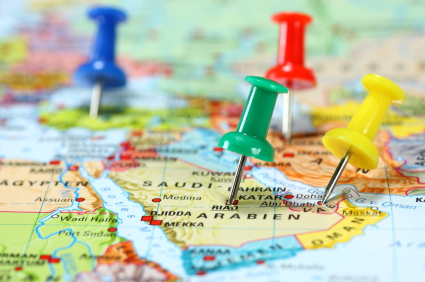