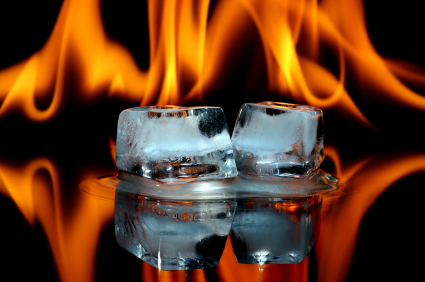 Japan made headlines recently as the resource-impoverished country is considering methane hydrates as a new energy source in order to help gain independence from relying on natural gas imports. The 2011 tsunami forced most of the country’s nuclear power plants to close (add to that, the fact that the last running nuclear power reactor was halted for maintenance on September 14) and Japan’s financial deficit is increasing steadily  as it imports to support the country’s energy demand (New Scientist Magazine). If Japan succeeds in utilizing this potential methane hydrate energy source, it could have enough energy to meet its needs for a century (CNN).

JOGMEC researchers estimate that the reserves in just one trough (the Nankai Trough) house  enough methane hydrate to save the country from spending on a decade’s worth of foreign gas imports. Currently, Japan relies heavily on liquefied natural gas (LNG) imports from the Middle East (New Scientist). The figure below (created in ZEMA) illustrates Japan’s increasing dependence on LNG imports over the last four years:

According to a New Scientist article, methane hydrate (also known as methane clathrate or “inflammable ice”) has a sorbet-like consistency made up of methane gas trapped in water ice, which burns a relatively clean fossil fuel when ignited by flame. Although unburned methane is worse for the environment than CO2, methane remains in our earth’s atmosphere for less time and burning methane discharges less CO2 than coal and oil. Extracting the gas in Japan involves drilling over a kilometer into the earth and removing the water from the hydrate layer, dropping the pressure and releasing the gas (New Scientist).

It is estimated that the global supply of methane hydrate contains twice as much energy as the rest of the world’s fossil fuel reserves combined (New Scientist). So, why haven’t we relied on it as a source of energy yet? Both finding and extracting methane hydrates is extremely challenging. To find the exact spots where extraction is possible, seismic imaging is needed. Basic drilling equipment may not be able to handle the process, as once the gas rises to the surface, it increases to 60 times its original volume. So far, the accessibility of other energy sources has prevented the resource from being developed (New Scientist).

Opinions on the methane hydrate phenomenon range from both ends of the spectrum. Environmentalists are concerned with the potential damage to the sea and marine ecosystems that could occur during the drilling process (CNN). “It is hard to see how mining the sea floor could be approved in any part of the world,” says Timothy Collet, an expert on methane hydrate.

George Monbiot, an environmental and political activist, states that if the public is serious about stopping global warming, it needs to leave untouched fossil fuel reserves where they lay. He says that using methane hydrates “would be worthless in a world that took climate change seriously” (Guardian).

State oil company Japan Oils, Gas, and Metals National Corporation (JOGMEC), is the first company to extract methane hydrates from Japan’s deposits. The company predicts that it could be producing methane gas as early as five years from now. Some industry experts doubt this opinion, saying that the lack of infrastructure makes this claim no more than a pipedream, and that a 20-year goal is more realistic (New Scientist). Timothy Collet, on other hand, believes that if mining the sea floor is approved, methane hydrates could mimic the path of shale gas, which was not taken seriously as an energy source until five years ago (New Scientist).

Considering the pros and cons of using methane gas as an energy source, it will certainly be interesting to see how the phenomenon plays out. The outcome will have a global effect, particularly impacting the countries from which Japan currently imports their gas (such as Indonesia, Qatar, Malaysia, and Brunei, to name a few). If Japan succeeds in using methane hydrates as their next source of energy, we can be certain of one thing: it will be a game changer in the global energy market.

To learn how to collect, analyze or integrate energy data easier and more efficiently at your company, please feel free to contact us to book a free demonstration of the ZEMA Suite software.