Home » Corporate Updates » The ZEMA Solution » You are reading »

I recently attended the 20th Annual Independent Power Producers Society of Alberta (IPPSA) Conference at the Banff Springs Hotel in Alberta. As such, 20 was a key focus of the conference – it has been 20 years since the start of the restructuring process of the Alberta power market, and changes are ahead with the regulated units and the associated power purchase agreements expiring in 2020.

This is a particularly interesting event on ZE’s annual calendar. When Alberta became the first to enter the new space of de-regulated electricity market in North America, and with the introduction of the Alberta Electric System Operator (AESO), it was also the beginning of ZE PowerGroup (ZE). ZE was first established as a consulting firm supporting entities in the new open market environment; however with the growth and development of the electricity markets, came the need for a product that could collect and analyze the large amounts of data being generated by markets. Realizing this gap in the market, ZEMA was created, and today ZEMA collects data from over 400 data providers.

The conference is not only the focus of independent power producers but the annual meeting of all of Alberta’s power professionals. Speakers and attendees included power developers, marketers, traders, regulators and key government officials.

The conference began with a slight hick-up as the morning’s speaker, the new Minister of Energy, was called back to Edmonton for an emergency meeting, and the afternoon’s speaker, the Associate Minister of Electricity, cancelled due to her resignation that morning from the Redford government; all showing the ever changing political environment and the always changing representatives of energy and electricity portfolios.  Despite the changes in scheduling and presenters, the conference provided a very detailed and thoughtful look back at the original redesign process and allowed participants to address their key issues going forward.  Typically, the long term development opportunities, financing concerns and regulatory issues were tabled.

Finally, IPPSA has a history of providing interesting and diverse key-note speakers.  This year was no different with the always-pointed and charismatic Kevin O’Leary.  Mr. O’Leary provided a very entertaining summary of his personal life, investing philosophy and his TV career.  If nothing else, he is brutally honest and completely entertaining.

This year’s IPPSA Conference was insightful and a great opportunity to connect with Alberta power leaders. I was glad to be a part of this group of professionals and we look forward to attending future IPPSA events.

https://blog.ze.com/our-corporate-updates/20th-annual-ippsa-conference-a-look-back-at-the-alberta-power-market/https://blog.ze.com/wp-content/uploads/2014/05/IPPSA.jpghttps://blog.ze.com/wp-content/uploads/2014/05/IPPSA-300x300.jpg2015-01-14T17:02:32-08:00Gary HagertyCorporate UpdatesThe ZEMA SolutionAESO,Alberta,conference,data,Independent Power Producers Society of Alberta,IPPSA,power,ZEMAI recently attended the 20th Annual Independent Power Producers Society of Alberta (IPPSA) Conference at the Banff Springs Hotel in Alberta. As such, 20 was a key focus of the conference - it has been 20 years since the start of the restructuring process of the Alberta power market,...Gary Hagerty Gary.Hagerty@ze.comContributorBlogs by data management Experts & Analysts | ZE 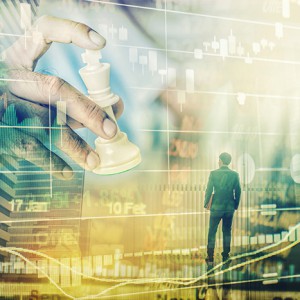 The Top 5 Challenges for Data Management